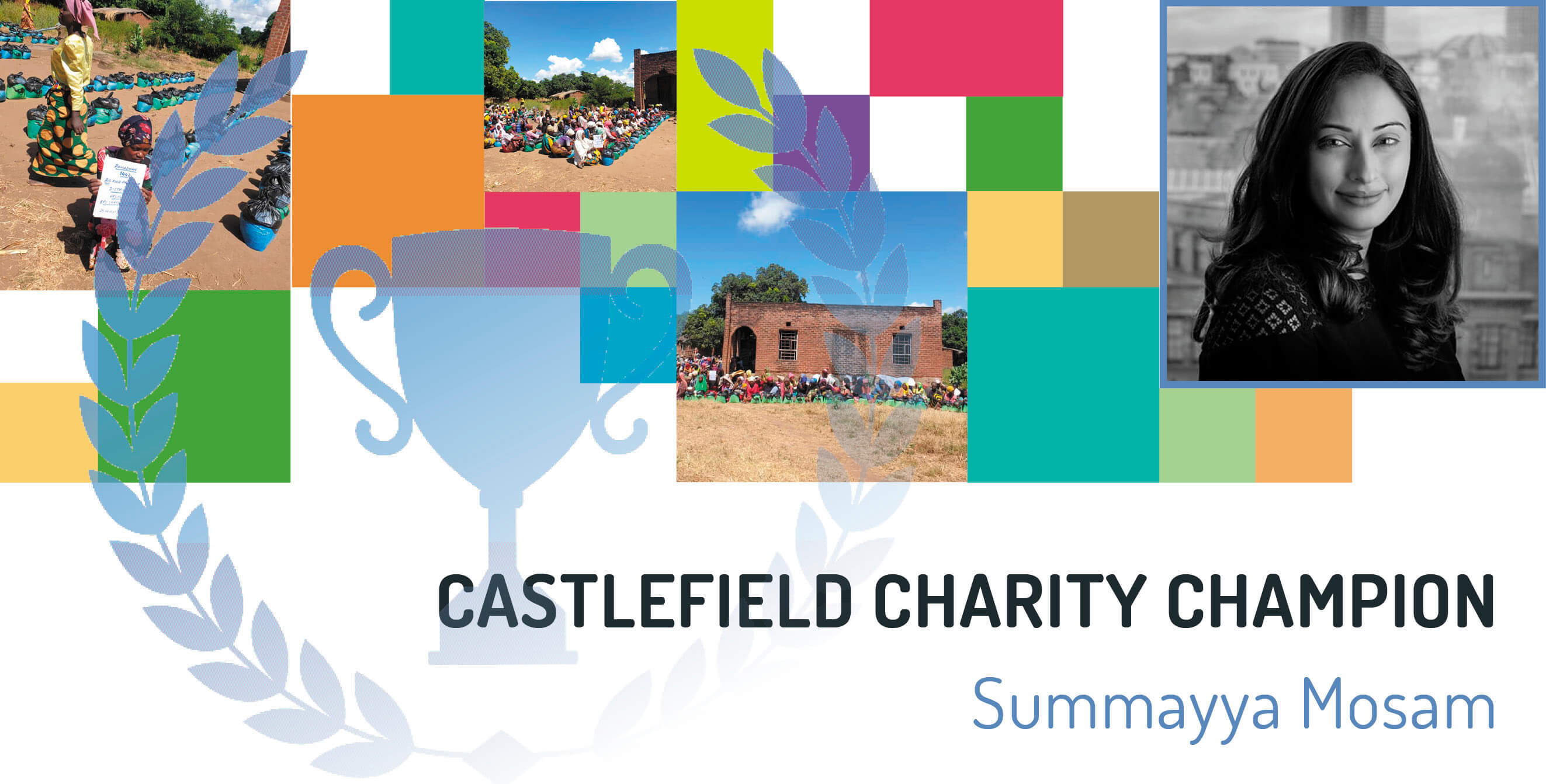 For this next instalment of our Charity Champion series, we are featuring one of our partners, Summayya Mosam. It took a little encouragement to coax Summayya to agree to being featured as she’s humble about her charitable activities and would rather remain anonymous. Summayya has been extremely proactive on her charity journey this year, we’re sure she is an inspiration to all! By reading her story below, you’ll soon gather the extent of the work and personal sacrifice Summayya makes for those in need and see why we wanted to share the amazing impact of the work she does.

"As a practising Muslim, every year I give 2.5% of my qualifying wealth, to the needy, almost like a rebalancing exercise. This process is called the giving of Zakat, which is one of the five fundamental pillars of Islam. We also practice something called ‘Sadaqah’ which is a big part of our lives and the literal translation of this means ‘voluntary charitable acts’. These don’t have to be monetary, although they often are. It’s an act of kindness for the sake of giving a helping hand to those in need. Each year, I try and balance this giving to meaningful donations on a few different projects around the world. The one constant remains donations to the people of Malawi, the country where I was born and brought up in, hence I have seen the poverty and its effects first-hand. In 2020 Malawi was among the sixth poorest countries in the world (https://www.gfmag.com/global-data/economic-data/the-poorest-countries-in-the-world). I know my donations get to those most in need as either my dad or his best friend on the ground go personally to give the donations of things like equipment to build small houses (wood, frames etc) or sometimes people genuinely just need basic food and hygiene. This year has been one for simple food and hygiene packs to a village in Malawi, close to where I was born - as can be seen in the photos below. 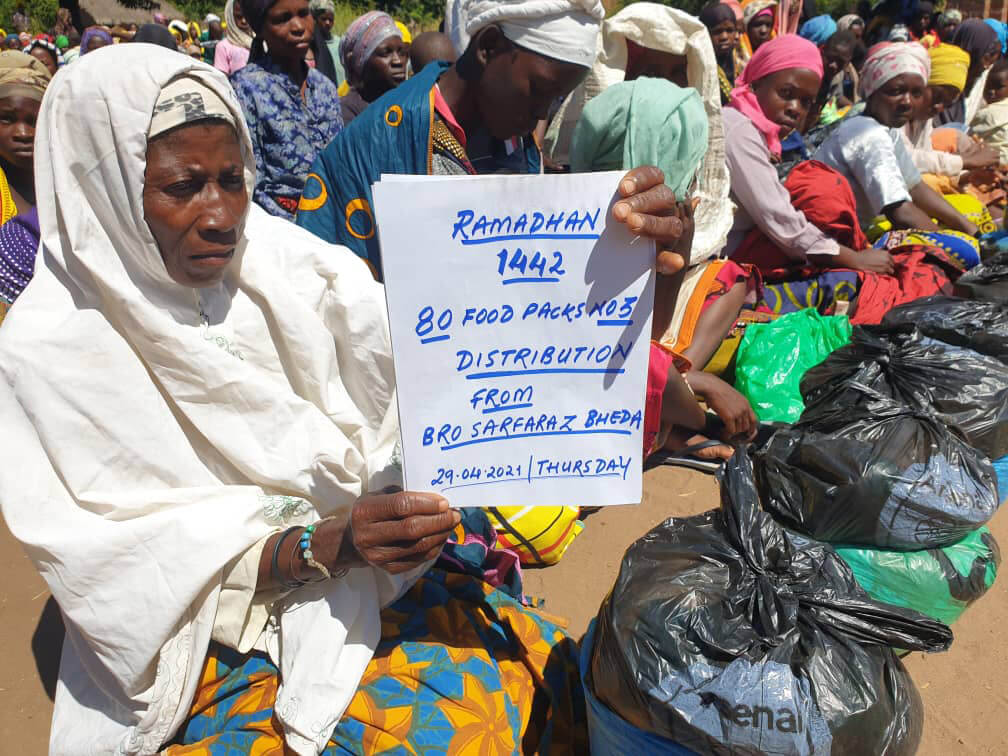 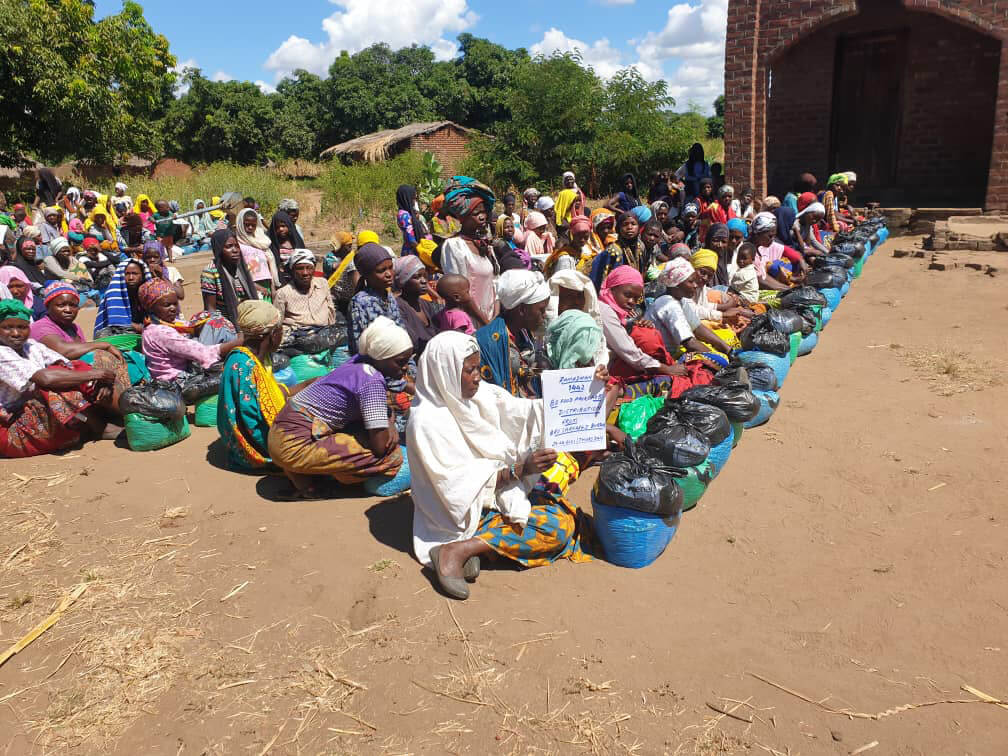 In addition, so far (as we are only a few months into the year and charity is something that is a regular event in our house) we have:

In terms of what’s coming up next, last year we donated to a local charity who organise a burial trust to help pay for funerals for those that can’t afford it or have no next of kin, with all the correct Islamic rights performed. This is next on the to do list!

You will see a recurring theme here in that I try not to donate to big known charities as they do get a fair bit of publicity but wherever I can, I prefer to provide help via people I know and trust to pass on the help directly. Unfortunately, there are just too many scams in this world who pray specifically on Muslims because they know we need to pay our zakat and I would not be fulfilling my duty correctly if I didn’t do my best to verify that the help gets to where it is needed."

An Introduction to responsible investing - Workshop

Marcus Chilton-Jones, Curator of the Dorothy Clive Garden discusses the history of the garden and how the investment returns from an endowment help the garden to remain open to the public. Castlefield manage the charitable endowment according to the long term needs of the trustees.

We are delighted to have been named as one of the top 20 financial advice firms for 2021 in the north by New Model Adviser (NMA) for the second successive year.