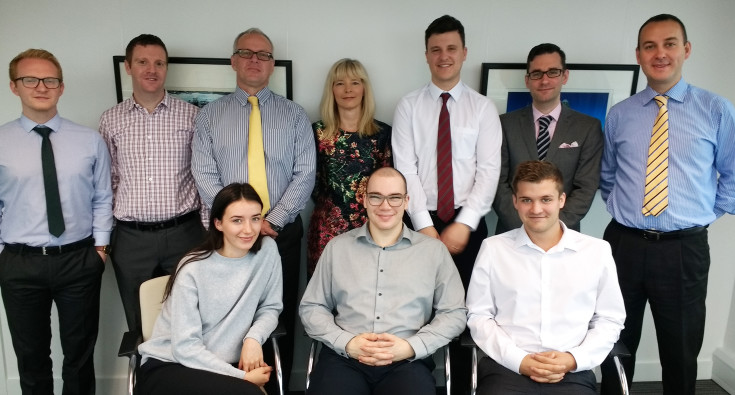 Following on from the National 3 Peaks Challenge in 2015, we now look forward to June 17th, and the Yorkshire 3 Peaks! This will involve 24 miles in hopefully less than 12 hours.

Firstly, it is only right to remind ourselves of the resounding success of the last trek and to add a further well done to those who took part. 3 days, around 26 miles, ascents of up to 3,000 metres and most importantly over £2,000 raised for an extremely worthy cause. I would urge you to visit the Castlefield La Renaissance page for further details on how your money is positively impacting those less fortunate.

If you would like to make a donation please go to https://www.givey.com/castlefield and give generously!

As June quickly approached, we soon realised that some of the team were vastly underprepared for the challenge ahead. To mitigate this and break in Chloe’s newly acquired boots, Dave G organised a practice walk around Lyme Park, Disley. Following a quick train ride after work, a small group of intrepid ramblers navigated by Mark E, made their way around the outskirts of the National Trust Park, before making a small ascent to Lyme Cage at one of the park’s peaks. The route took us alongside Lyme Park’s Deer Sanctuary where we expected to see a majestic roaming herd, albeit at a considerable distance. The deer however, had other ideas. A few hundred metres from the summit we were met by around 15 bucks, stags and does, who were clearly paying no attention to the park’s numerous signposts and had strayed from their designated sanctuary. Luckily we had a resident Bear Grylls in the form of Holly, whose bravery and theories on animal behaviour were too much for the herd to handle. After a brief yet intense stare-down, the deer yielded and we emerged victorious, planting the Castlefield flag at the foot of Lyme Cage. With the creative use of a shoe we managed to snap a pic of our team outside the old hunting lodge which, luckily for the deer, was closed for business.

During our much-deserved refreshments at the local pub, Dave calculated we had walked about 5 miles. Although this is far from the distance we hope to cover in June, it was a good way to blow the cobwebs out of our walking boots.

The 2nd practice walk was around Edale in the Peak District, organised by our reliable guide Mark Elliott. The aim of this was to really get the boots worn in and get a bit of distance under our belts. Taking part in this walk were Mark Elliot, Dave Gorman, Chloe Smith, Ita McMahon, Katy Curry, Tom McCoy, Josie Corfield and Joe Jones.

The day started with an ominous light drizzle as we left the train at the start of the trail. Fortunately, the waterproof gear was used sparingly, with the weather treating us relatively well and providing some spectacular views throughout the day. At about 8 miles into the walk, the good deed of the trip was provided by Mark. Having found TWO iPhones on the ground, presumably lost on the trail, he sprung into action and chased down a group of students walking quite a way ahead of us. As Mark jogged to catch the next group he left the rest of us to trudge along and ponder; “How is this superhuman able to run?” Most of the group were trying to summon the energy to walk the rest of the way after a very steep ascent, let alone run. The route itself was roughly 11 miles and took us about 6 hours; the lure of the Rambler Inn pub at the end keeping us moving forward for the majority of the day!

We are now on the final stretch, so no backing out now. Taxis booked, essential lists drawn up and (limited) training complete. The weather forecast looks promising, but preparing for all types of weather is going to be essential.

In total, the route will be around 24 miles and approximately 12 hours. This will take us from Chapel-le-Dale up the first peak at Ingleborough, followed by a stroll over to the second peak, Pen-y-Ghent. These are generally seen as tough ascents, our theory being it would be more difficult to descend these peaks as they are particularly steep. The final peak will be Whernside which is the largest of the three, at 2,400 feet.

Wish us luck, and please visit the Givey link in this blog and donate to a fantastic cause. 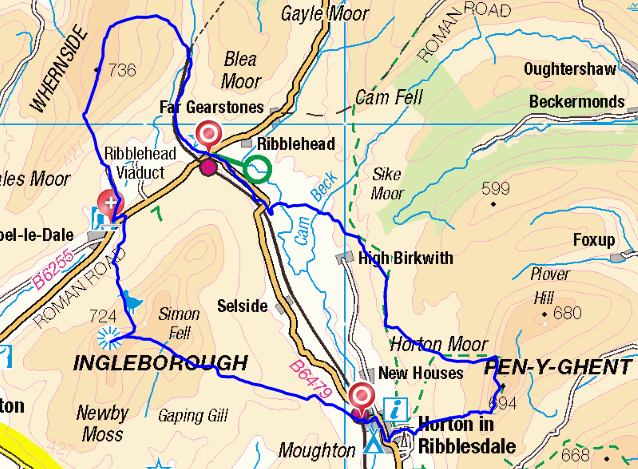 Castlefield Partner Dave Gorman will co-host this joint event and introduce an expert line-up of speakers to share their experience of working with homeworkers in India who are some of the garment industry's most exploited.

Why we became a Carbon Literacy Certified organisation

As a Financial Services business working towards ethical and responsible investment, we felt it was important for the team to be Carbon Literacy Certified.