The Language of Climate Change 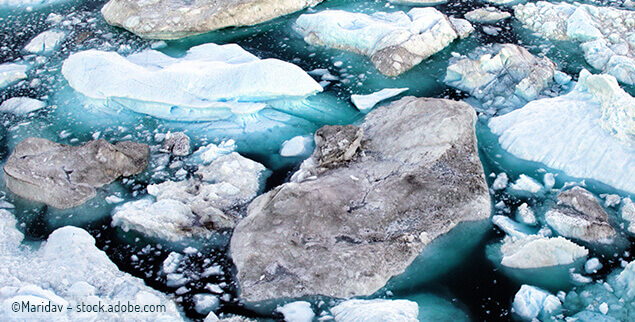 According to my weather app, at the time of writing this piece it’s currently 18⁰C in Cheshire, a perfectly pleasant temperature and nothing out of the ordinary. However, it’s also the temperature that has just been verified as a record high for the Antarctic continent after occurring in February 2020 (1). That is anything but ordinary. Fast-forwarding to here and now in 2021, and we’ve just seen news of the ‘heat dome’ affecting parts of North America, with Lytton, in British Columbia, hitting 49.6⁰C for a new Canadian record. Fires have apparently destroyed much of the village while there and beyond, the heat has been a factor in a spate of deaths above the usual numbers recorded. It’s yet another example of extreme weather events causing death and destruction, and while I always aim for these pieces to carry a sense of optimism, one starts to wonder just at what point the continued incidence of such events and the growing evidence of our changing climate is sufficient to trigger policymakers to go further and faster in their efforts to tackle the climate threat.

Whilst it might be tempting to dwell on the frustrating signal sent by the Prime Minister in choosing to fly to Cornwall for the recent G7 summit, rather than using a more environmentally-friendly option, in the spirit of trying to retain an optimistic outlook let’s instead focus on the presence of President Biden in bringing the United States back to the table on climate change and in reversing Donald Trump’s withdrawal from the Paris Agreement struck at COP21 in 2015. Although to be expected that the preliminary talks leading up to the United Nations' Climate Change Conference of the Parties (COP26) this November in Glasgow are apparently making slow progress, the success (or otherwise) of this year’s event can only be judged at its conclusion.

Something to hold in mind about such political gatherings came up at the UK Sustainable Investment and Finance Association’s (UKSIF) 30th Anniversary event on 28th April this year, when one of the speakers highlighted that investors need to address regulators and policymakers and that in such a context, it’s notable that the language of the investment industry is being used in those circles. That should be a positive step as it signals an increasing seriousness in how the subject is being dealt with; the importance of the right language in the right context has previously been shown by the landmark Carbon Tracker Initiative work on ‘stranded assets’ in the fossil fuel industry, which shattered pre-conceived ideas about the long-run investment attractions of extractive companies by challenging the foundations of the financial assumptions they are valued on. Crossing over in such a fashion was a seminal moment and gave huge impetus to the agenda of de-carbonisation, and if the same can happen at the highest levels of the political and regulatory spheres, further impetus may be forthcoming. There’s arguably evidence of that already, given the increasing frequency with which climate change is mentioned in the context of financial stability in finance industries such as banking and insurance.

Why does this matter so much? There’s perhaps a parallel that can be drawn to illustrate why it matters that the corridors of power now echo increasingly to the sound of investment and finance terminology, in that while each of us in our personal lives may strive to adopt values and behaviour that mean we now contribute to a more sustainable world, the inescapable reality is that such measures need to be adopted on a corporate scale to make the changes required to reverse the current climate course. If the language of financial change is now common among the most important figures in making policy, it signals a further shift towards the acknowledgment of where policy needs to be driven from. Put another way, it’s in microcosm the eternal bridge we seek to cross between rich and poor; haves and have-nots; developed nations and developing; large and small.

That bridge will again inevitably be a feature of this year’s climate negotiations, bringing as it does the tension between developed nations (largely responsible for historic emissions generation) and developing (expected to be largely responsible for future growth in emissions). That may be a gross simplification of the nature of the debate yet it’s not a million miles away. Developing nations have the right to seek the same increase in standards of living that we’ve enjoyed and that will require a growing demand for energy; an oft-quoted example is the likely growth in the number of fridges required in developing nations as power grids expand their reach and households can store food. That demand will need to be met by power generated somehow and somewhere. The crux is in avoiding fossil fuels and especially coal being the primary source of that power generation. Back to the point about the language of finance, the banking system is increasingly cutting off the provision of funding to new coal power projects; it’s a step forward, albeit the funding policies can remain laced with caveats and loopholes that mean funding hasn’t completely dried up.

Perhaps this is an apposite point to cite the quote attributed to the ancient Chinese philosopher Lao Tzu: “Do the difficult things while they are easy and do the great things while they are small. A journey of a thousand miles must begin with a single step.” Arguably we’re already past the point at which change would be easy, yet it’s certain that it’s easier now to bring about the change necessary than it will be at any point in the future. We know that developing and poorer nations will bear the brunt of the devastation that climate change will bring and their voices must be heard; it’s all too easy to shrink from the scale of change required without, for example, having the pressing motivation of living on low-lying islands which will simply be overwhelmed by rising sea levels. With COP26 already delayed one year by the pandemic, it’s imperative that the logistical difficulties caused by Covid-related restrictions aren’t allowed to hinder smaller nations from participating fully and effectively in the negotiations leading up to the Glasgow event itself. A huge amount of work is done in the foothills of such summits and all voices need to be present.

In closing, there’s a responsibility to press for the interests of poorer and smaller nations to be accounted for comprehensively in setting policy to tackle climate change; perhaps enlightened self-interest will have a role to play in achieving that outcome. To that end, we note the recent report from Climate Ready Clyde (2) which estimated a funding shortfall of £184m per year for the Greater Glasgow area alone in bringing forward measures to mitigate climate change effects. With Glasgow hosting COP26 there could be no example better or closer to home of just what is at stake and how many are at risk. We’re investing no little faith and hope in policymakers to agree action on the scale necessary; in the meantime, as signatories to the CDP (Carbon Disclosure Project), we’re analysing which of the companies we invest in are stepping up to the mark on climate while encouraging the laggards to catch up. There are a variety of targets and timeframes in play and we have a responsibility to challenge company management teams as to how seriously they take potential climate risk on their business models. The good news is that whether we are policymakers, regulators or investors, we’re increasingly speaking the same language.