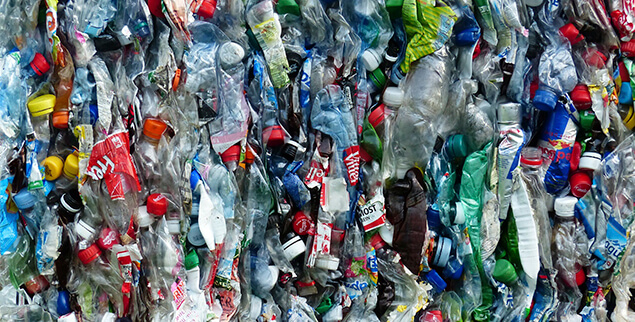 The issue of plastic waste, especially regarding the dumping and collection of it in the oceans has of late gained quite a high profile. It seems like daily there is something in the newspapers or on social media feeds about this but this certainly isn't a new phenomenon and it will continue to get worse without action. This isn't an apocalyptic statement, it is reality, if it takes the average plastic bottle 450 years to decompose these waste materials could be floating around causing irreversible damage until the year 2400 potentially.

From an article published recently by the BBC the scale of the issue can be seen. In summary, it is estimated that 6.3bn tonnes of plastic waste had been generated by 2015, and at that point only 9% had been recycled. Plastic bottles as drinks containers are one of the most prolific forms of this waste. It is estimated around 1,000,000 of drinking bottles are sold every minute worldwide, just under a 1/4 of these by Coca Cola Corp who own brands such as Fanta, Sprite as well as they're own branded Coke products.

However, the ongoing problem doesn't just lie with the brands, an advert put out by Coca Cola recently, likely due to recent media attention, proclaims that their bottles are 100% recyclable which is obviously a good start. There are other factors to consider though: consumer awareness about the scale of the problem, recycling facilities on a local and national basis, ensuring that recycling is actually carried out, designing more sustainable methods of distributing these goods opposed to “throw away” plastic containers as a very basic beginning. It involves several stakeholders, including everyone of us, taking action and with hope this will start to carry some weight sooner rather than later.

It might be construed, and as recently reported, that this isn't a local issue particularly, that in the West we don't really see the affects of our consumption habits. The BBC article highlighted above states that from a survey conducted by the Marine Conservation Society that 718 items of litter were found washed up from the oceans per 100m of UK beaches. The evidence is compelling. Here in the UK it seems we are beginning to understand this, thanks to the coverage in Blue Planet 2 and also the British Prime Minister pledging to make changes to cut the proliferation of plastic waste by 2040. This is argued to be too longer timescale and I would tend to agree - we should start to take action as soon as possible and create change much faster.

At Castlefield we have long known of and understood this problem, in fact in 2012 we sponsored the production of an educational documentary on this issue - Plastic Shores which was released to highlight the problem then. 'Plastic Shores’ explores how plastic affects the marine environment. Travelling from the UN International Marine Debris Conference in Hawai'i to the polluted Blue Flag beaches of Cornwall, the film reveals just how bad the problem of plastic debris is and how it harms aquatic life, and ultimately us. There is now not a single beach or sea in the world that is not affected by plastic pollution and the problem is only increasing. Director of this film Ed Scott-Clarke says “I decided to make the film after reading an article in The Independent on the so-called Great Pacific Garbage Patch. It painted a picture of an island of refuse twice the size of Texas, which is a common misconception on how plastic in the marine environment works. The reality, I was to find out, is far more insidious and by no means restricted to the Pacific. I was shocked to find out the scale of the plastic problem, from the amount involved to its geographical spread, how it affects the food chain, and how it is very, very difficult to clean up. This was back in 2011 and I am glad the subject is getting more attention now.”

As socially responsible/ethical investment advisers and managers we often get asked about this by clients who are concerned and who do not want exposure to these types of things within their portfolios. Depending on their views we can either look to (and do) limit exposure to such companies as named above. We can also take a more active stance and look to engage with the companies through our own funds or by campaigning with other managers to ensure that they vote on relevant issues. This is something we do on a regular basis and are experts in. An example of our activities can be seen in our annual Stewardship report. In future we hope to focus on the environmental issue of over packaging of food with single use plastics; this is particularly relevant due to our ongoing work with investee companies within Castlefield’s own funds in the retail sector.

The problem is multifaceted and complex and is often puzzling at what can be done - it could also sometimes feel like a bit of a losing battle. Without individuals taking a stance, nothing will change. To find out 10 small steps that can be taken on a personal level to help stop this continuing please see this simple guide.