Planning ahead for a sustainable financial future 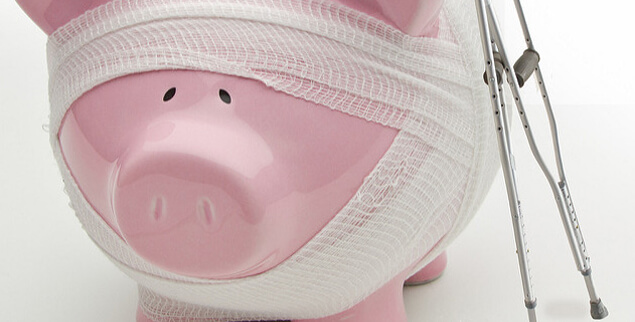 I have aimed to cover some of those general planning tips which overtime can have a huge impact on your personal financial position. And I’ve also looked to offer something which considers the wider impacts that our personal investment decisions have on people and the planet.

Following the recent ratification of the Paris agreement (COP21) on climate change and concerted inter-Governmental action (195 countries adopted the COP21 agreement) to reduce emissions, global dependence on fossil fuels is gradually reducing in favour of cleaner forms of energy generation (figures from the Department for Business, Energy and Industrial Strategy suggests the UK figure is c.25% of electricity generation from renewables)[1]. However, fossil fuel companies like Shell and BP still make up a very large part of the UK stock market; BP and Shell made up over 12% of the value of the FTSE All Share (as at the end of December 2016)[2]. This means that an investor using one of the popular FTSE All Share tracker products will hold approximately £120 of every £1000 invested with just two, primarily fossil fuel, businesses.

Given the gradual shift away from fossil fuels, combined with rising concern over air pollution in major cities, it makes sense to take a longer term view and consider opportunities in energy efficiency and clean energy.

A recent article from Bloomberg New Energy, Solar Could Beat Coal to Become the Cheapest Power on Earth (3rd January 2017), argues that Solar power is now cheaper than coal in many parts of the world and that this is a trend which is set to continue; “In 2016, Countries from Chile to the United Arab Emirates broke records with deals to generate electricity from sunlight for less than 3 cents a kilo-watt hour, half the average global cost of coal power”.

The major obstacle to a full scale energy revolution is that solar and wind are still subject to intermittency issues, in that energy generation is not continuous, but with energy storage (battery) technologies continuing to develop there is good cause to believe that the sector can continue to expand to meet the global demand for clean energy generation. Indeed in just the last few weeks the US technology business Tesla has announced that production is set to commence at it’s new “giga-factory”, an enormous project intended to boost supply of energy storage units[3].

2) Make full use of your available tax free allowances

From 6th April 2016 the rather complex Dividend Tax Credit regime was replaced with a much simpler tax free dividend income allowance of £5,000.

This means that in any one tax year a person may receive an income of £5,000 in the form of company dividends and suffer no tax on the income. Given that income is normally taxed at a much higher rate; earned income suffers National Insurance and income tax at 20 or 40%/45% before it is received. This is a very valuable allowance especially for higher rate tax payers.

In practice the allowance makes it much more tax efficient for higher earners to hold some of their money in stocks which pay a good yield or income.

3) Higher earners- individuals with taxable income over £32,001 paying tax at 40% should prioritise pension savings in many circumstances

Many higher earners can still claim tax relief at 40% or even 45% by making payments into a personal pension. Therefore, pensions remain perhaps the most attractive of all long-term savings vehicles especially given the very attractive rate of tax relief available on payments into a scheme. This combined with all of the new flexibilities introduced under George Osborne means that most people need to consider the amount they put into a scheme at least annually.

Pension schemes are also very flexible, in terms of the range of investments available, with many schemes offering access to funds which invest in a socially responsible manner.

4) Keep pension and other investment accounts under review

The pension and long-term investment/savings market in the UK is a relatively competitive environment and over the years there has been considerable pressure on pension providers to reduce their ongoing plan charges; as these were once much more complex and costly for investors. Today pensions are generally much more transparent on fees and basic plan charges should be much lower.

This is important as even an apparently small reduction in plan charges can have a significant effect over time due to the very long-term nature of pension savings.

Under the current rules, if your estate (meaning all of your assets; property, portfolios of shares and most other investments) exceeds £325,000, then it will be subject to inheritance tax upon your death. If you are married then the combined threshold for inheritance tax rises to £650,000. The Government already has plans to increase the combined threshold to £1M (effective from 2020), but for a good number of people in the UK, especially those with homes in London, this still means a sizeable bill for family members.

With good planning this need not be the case. It’s quite possible to eliminate your inheritance tax liability altogether by making use of the existing rules which allow for gifts to family members and in certain circumstances into trusts. There is also the option to make investments which are inheritance tax “efficient” as not all assets are subject to inheritance tax; the main example of this being shares listed on the AIM. The AIM market is part of the London Stock Exchange but the companies listed on AIM are typically smaller and are subject to less stringent reporting requirements.

It should be noted here that AIM is also much higher risk and so investors should seek advice prior to making an investment.

This is not an offer or a solicitation to make an investment. It does not constitute a personal recommendation and recipients must satisfy themselves that any investment is appropriate in the light of their own understanding, appraisal of risk and reward, objectives, experience and financial and operational resources. It has not been prepared in accordance with legal requirements designed to promote the independence of investment research. Non independent research is not subject under the Markets in Financial Instruments Directive (“MiFID”) to any prohibition on dealing ahead of the dissemination of investment research.

We conducted a survey to gather evidence to develop our understanding of what we think is happening in the economy and how it is impacting our investee companies.