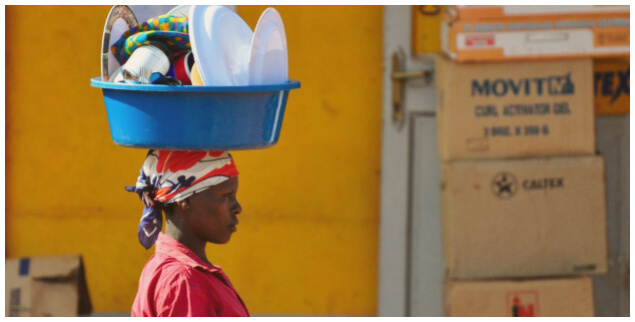 Today on March 8th, we are celebrating International Women's Day (IWD) here at Castlefield. IWD is an annual occurrence celebrated globally which highlights the social, economic, cultural and political achievements of women everywhere. People have been taking part in IWD for over 100 years, with the first gathering taking place in 1911 which drew rallies of more than 1 million people.

In 2019, we are looking forward to the year ahead and taking inspiration from this year’s IWD theme #BalanceforBetter. We will play our part in helping to forge a more gender-balanced world and eliminate gender bias and discrimination.

This year, to mark the day we have chosen to talk about the link between women and climate change.

The threats of climate change are unfortunately far from gender neutral. UN figures indicate that 80% of people displaced by climate change are women.[1] In most countries, women are the primary household members responsible for providing water, food, fuel and child care. It means that the women in this role are more likely to be affected by climate change. The main impact is felt by the lack of accessible, clean and affordable water supplies caused by droughts and flooding. The arduous responsibility of collecting water to meet the household needs can take as much as six hours a day and is a duty often relegated to women and children. This often prevents children, especially girls, from attending school and women from pursuing small business opportunities. In comparison to men, women also tend not to be the decision makers, and these factors together compound the challenges of climate change for women.

Those worse affected by climate change are often living in developing countries. When people are displaced due to climate change, they are known as "climate refugees".

Did you know that climate refugees don't have the same protections as other refugees?

Although they are the ones least responsible for climate change, they suffer the worst of its impacts. Developed countries are not doing nearly enough to stop climate change getting worse – and there’s just not enough being done to help those most affected.

Climate refugees are not protected by international laws. They face greater political risks than refugees who flee their homes due to conflict or political oppression. Unlike traditional refugees, climate refugees may be sent back to their devastated homeland or forced into a refugee camp.

Good news and a balance for better!

There has however been some good news! Last year, during the COP24 climate summit held in Poland, recognition was given to the rights of “climate-displaced persons” and the need to offer them assistance. The report encourages countries to formulate laws and policies to help reduce the number of people needing to leave their homes and to aid those that do.

It is now more important than ever that women in all countries benefit from a better-balanced world, and that we all take on the responsibility of doing something about climate change.