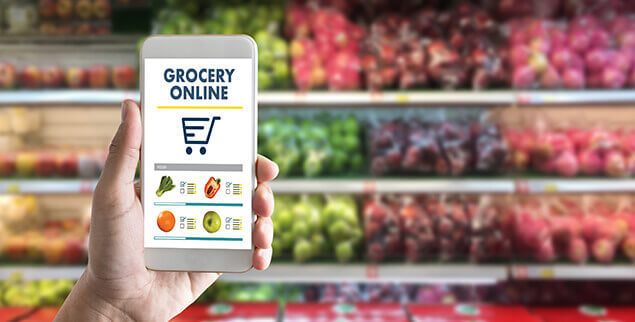 We have been battered by worsening corporate news as the consumer retrenches, changing behaviours overnight and we are right to deliberate on the long-term effects of new habits quickly formed from necessity. The question is just how deeply they will impress upon our lives. Some areas of the economy however, are unaffected, and necessities such as food display little elasticity of demand. Food retailers have been quick to respond to consumers’ changing needs after a flurry of unfortunate panic-buying, where greed became measured in sanitisers and tissue paper, and we suddenly became aware of a concept most of us who weren’t alive in WWII have never experienced – rationing. We live in a society where choice and abundance have been so prevalent for so long that we throw away huge proportions of the food we purchase without eating it and are encouraged to buy ever cheaper and sweeter calories. It is depressing that most breakfast cereals would really be better described as pudding. But significant changes might just be afoot that will change our view of the power of supermarkets. How is it possible that a sector, recently maligned for excessive executive pay, fishy accounting practises, abuse of suppliers and over-expansion, can be starting to get its act together?

The phrase ‘Never let a crisis go to waste’ is often attributed to Churchill, but whoever said it might be thinking of Alexandre Bompard, the CEO of Carrefour, which we feel is a company really grasping the nettle in terms of change. A man well-versed in restructuring, Bompard has built a reputation at his previous role at FNAC, the French electronics and music retailer, before taking on this much bigger challenge. He’s hands-on and the cultural shift that he brings to the firm means that best practise can be shared fast across the 9 countries in which Carrefour operates.

Carrefour is a company going through significant change. Having fallen behind its competitors in both the digital shift to online shopping due to strategic sluggishness, and a poor mix of store formats, with an over-reliance on hypermarkets where sales densities were flagging, Bompard has driven costs out of the business. He has closed underperforming hypermarket stores and has invested heavily into the app which so many of us are now so comfortable with as we buy our groceries. Both come under banner of his restructuring plan objective for 2022.

Carrefour stole a march in the crisis meaning that consumers and employees alike were able to continue to shop and work safely. This really helped as Carrefour was the first in France to build plexi-glass barriers between shoppers and staff which had been introduced weeks before in China and Taiwan. This experience from its global reach has allowed Carrefour to undergo a much faster adoption to new norms of distanced interaction as the pandemic spread globally in different phases. The additional cost and resource needed to confront the change has been described as a heavy process by Carrefour insiders, requiring consistent and ongoing processes to manage. Crisis management meetings are held daily to monitor the situation. This renewed energy can be felt by the customers who feel safer shopping at Carrefour than other alternatives. They noticed that Carrefour’s grocery ordering app was one of very few that didn’t crash with the increased demand. Loyalty to supermarkets is difficult to achieve, let alone sustain, and customer service is key. New delivery slots have been opened up and the logistics warehouses no longer take Sundays off.

Bompard has managed the upswing in logistics and exceptional costs in the crisis, by focussing on customer safety and increasing accessibility of private labels, renegotiating energy costs and increasing purchasing alliances. This all helps to keep margins stable. It also helps that he’s focussing on the social performance-side of his responsibilities as boss. He’s taken a 25%[1] cut to his monthly pay during the crisis versus the rest of the executive committee who will see a 10% cut. He’s implemented a €1,000[2] loyalty bonus for each of his staff, paying either cash or vouchers, depending on the country, regardless of seniority or length of service. It’s always been a fact that the speed of the leaders determine the speed of the pack. With Bompard at the helm, his energy and vision look set to shift a laggard of the sector into something that’s a little more future proof. We can never know what’s around the corner, but Bompard is right to use the crisis to accelerate change and demonstrate that he is not trying to take advantage for personal gain. We need different leaders now. They must be more aligned with the times, and they must listen and act in a different way. We would do well to watch leaders like Bompard. He may not have much in common with Churchill, but I suspect they do have one shared value - a belief in very hard work.

Information is accurate as at 03.06.2020. Opinions constitute the fund manager’s judgement as of this date and are subject to change without warning. The officers, employees and agents of CIP may have positions in any securities mentioned herein. This material may not be distributed, published or reproduced in whole or in part. With investment capital is at risk.