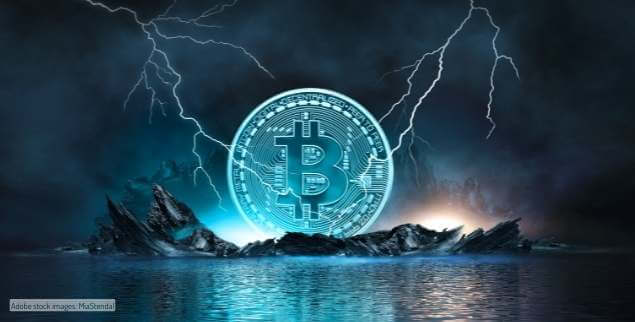 Bitcoin and other cryptocurrencies are being advertised in record number, regularly appearing in mainstream media with celebrity endorsement and claims of immediate returns. They appear to have captured the imagination of some investors, but is this unregulated asset all it’s cracked up to be?  With many clients curious about the rise of cryptocurrencies, we asked two financial professionals to share their views.

What is a Cryptocurrency?

It’s a type of digital currency in which a record of transactions is maintained, and new units of currency are generated by the computational solution of mathematical problems/puzzles (mining). Over time the difficulty of the puzzles must increase and so the power needed to solve these also increases. This leads to the miners burning through huge amounts of electricity.

Most cryptocurrencies including Bitcoin use a system called blockchain to reduce forgery. Blockchain technology is effectively a digital ledger. These transaction records are all available online and so are a pretty transparent method of tracking ownership, although criminals have been exploiting the lack of central control offered by this new technology. However this creates multiple transaction records around the world which result in even higher energy use.

Helen Tandy, partner and chartered financial planner, explains: “As a financial adviser but also a climate activist, my view is very much on the environmental impact of this new and growing phenomenon."

Helen explains that according to Mike Berners-Lee’s How Bad Are Bananas (“a fantastic publication and my go-to guide for all the work I do around Carbon Literacy”) - in just a decade it’s scary to think that cryptocurrency has eaten up 0.12% of the world’s carbon footprint.

Cambridge University’s Centre for Alternative Finance runs a Bit Coin Electricity Consumption Index shown below. They have calculated that bitcoin mining uses more energy each year than Malaysia or Sweden. 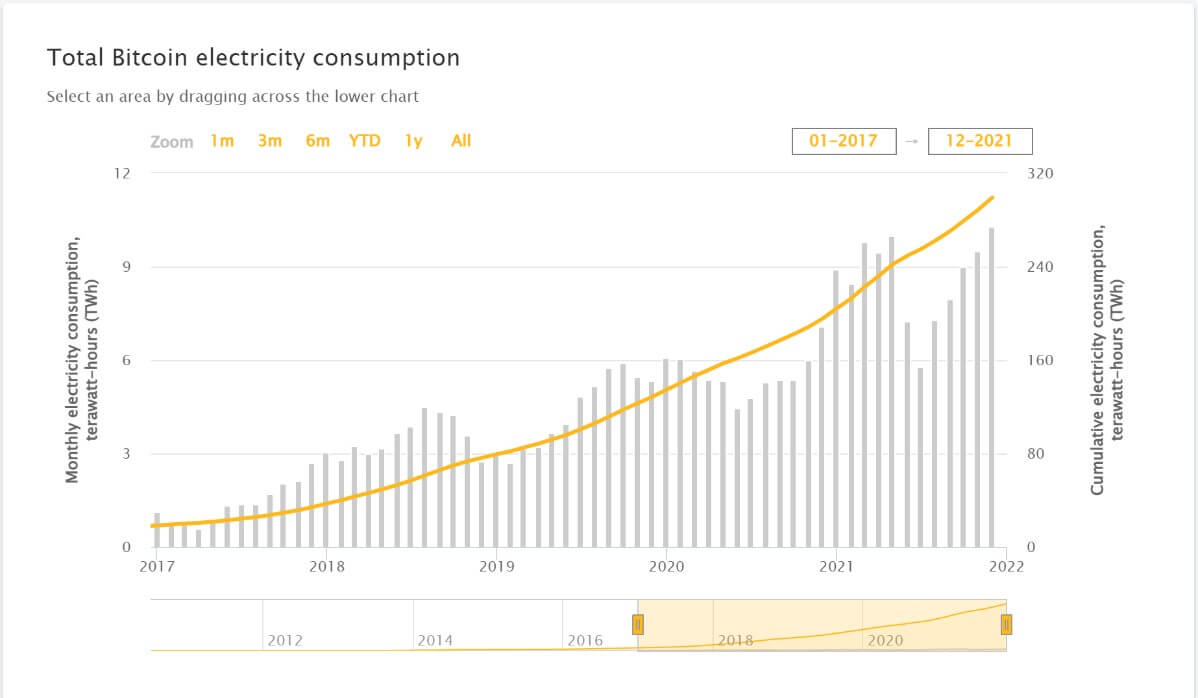 Helen notes that: “According to Mike Berners-Lee the annual footprint for all cryptocurrencies is 68 million tonnes of CO2e. This is thought to be an underestimate as much of the mining is done in countries that still burn coal to generate electricity and  it also doesn’t include the carbon of all the IT kit needed.”

Some investors may be drawn to cryptocurrencies thinking they’re a high return asset and a way to store value.  Castlefield European Fund Manager, Rory Hammerson, expands on this: “What do we know about the currency as a store of value? We know that it is very volatile. We know that it is yet to be considered mainstream as legal tender. We know that its predominant use is probably not legal." Rory continues: “Whilst Bitcoin does have mathematical advantages over physical currencies in terms of long-term debasement, it is not a mainstream asset. It is very vulnerable to bubble risk as we have seen recently, and whilst unlikely to be entered in the history books as a modern day tulip mania, we feel uncomfortable that digital currencies are unregulated.”

Speaking to the Cambridge International Symposium on Economic Crime, head of the UK's Financial Conduct Authority (FCA), Charles Randell said: "If you buy them, you should be prepared to lose all your money."

There are many cases of bitcoin theft. Some unfortunate owners have lost access to their funds by misplacing or forgetting their private digital keys. Since Bitcoin isn’t controlled by any central authority, there’s no one to contact for assistance.

There is the potential that governments will eventually decide to ban Bitcoin and other cryptocurrencies or severely restrict their use. We’ve already seen it happen in China and a number of other countries (including Egypt, Iraq, Qatar, Oman, Morocco, Algeria, Tunisia, and Bangladesh) - so it could happen in the UK and elsewhere if governments feel like they are losing control of the financial system.

While the UK regulator the Financial Conduct Authority (FCA) banned the sale of crypto-derivatives to retail consumers in 2010, and is looking to strengthen its rules on how high-risk financial products are marketed, cryptocurrencies are not regulated by the FCA. This means that consumers are not covered or protected by the Financial Services Compensation Scheme in the event of losses. At the time of writing there are over 10,000 crypto currencies on the market and all are unregulated.

“Regulation does not necessarily stop investors from losing their initial capital” warns Rory, “but it gives some protection for those who buy and a legal framework for those who sell. Caveat Emptor is the first thing that springs to mind with crypto.”

So, what do we think about bitcoin and cryptocurrencies at Castlefield?

While it may be tempting to dismiss Bitcoin and other cryptocurrencies as a passing fad, simply discounting it isn’t an adequate answer for some. Risk management is something investment managers encounter every day, and volatility presents some opportunities. However, the fundamental rationale and environmental risks go against our principles as the thoughtful investor.

To summarise, there are two main lines of reasoning against cryptocurrency as an investable asset.

Rory highlights the financial argument against recommending bitcoin by saying: “We don’t see that it adds value to our client portfolio in either an expected return profile or indeed risk management, so it’s hard to see how it can provide a central tenet in the rationale for investment.”

And if the financial argument isn’t enough to dissuade you, the moral argument just might:

Helen concludes: “Even though some bitcoin investment funds try to say they use renewable power, surely this is better used for other purposes than a currency that is good for money laundering and used on the dark net.”

“Mike (Berners-Lee) feels that the world is surely better off without them and from everything I have read, I tend to agree.”

Research only not included.