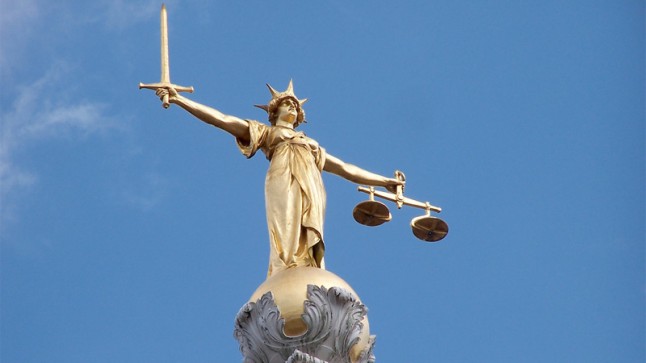 Back in the mists of time – well, Friday in actual fact, although a week has certainly been a long time in politics – I and colleague Kate Hewitt wrote a pair of blogs reflecting some initial thoughts on the outcome of the referendum on EU membership. The links are included again below for ease, followed by further commentary on how events have unfolded since then:

Since Friday, what has happened? Well, the major point is that David Cameron did not invoke Article 50 of the Lisbon Treaty, which is the relevant part of that Treaty for a country wishing to withdraw from the EU. Instead, he announced that as he was resigning given the outcome of the vote, he believed the next Prime Minister should have the responsibility for invoking Article 50 (“pushing the button”). Once the button is pushed, there is a two-year window for negotiating the ways and means of such an exit and that two-year window is theoretically fixed. Should it come to it, there will be a way to extend that timetable (the remaining 27 EU nations could agree to it), but the general point is that the UK’s negotiating power is at its maximum on day 1 and drops steadily to zero at the end of two years. Delaying pushing the button then – despite David Cameron’s insistence before the vote that it would be pushed immediately if the vote went in favour of leaving – is a deliberate tactic to avoid starting that clock counting down. Some might argue that it was a move designed to scupper the likes of Boris Johnson by putting the responsibility in their hands; this may or may not be true. It might also be a move designed to delay or obstruct the chances of actually leaving by a Prime Minister who didn’t carry the country with him. Whatever the reason, the only thing that matters is that it has not yet been pushed and until it is, there will be no formal exit negotiation process.

You may well have seen headlines about various EU figureheads urging or demanding that the UK pushes the button without delay. These are hollow threats. The EU cannot force the UK to push the button, exactly as the UK cannot force the EU to negotiate until it is pushed. There is a writer on law and policy called David Allen Green who has commentary published in the Financial Times and on the Jack of Kent website and he has focused squarely on the legal situation of Article 50, as that is all that matters. His view is that the button may never be pushed and that if it wasn’t pushed immediately, the chances of it ever being pushed decline the further away we get from the actual vote. The key people to listen to in the EU are Donald Tusk and Angela Merkel; so far, they appear to be content to allow the situation to develop without Article 50 being invoked.

Some of you might be puzzled by this – we have had a vote, there was a clear winner – why isn’t it happening?! With the above commentary on the importance of Article 50, one notable point is that the referendum was an “advisory” vote, not a mandatory one. This means that the outcome is not legally binding. With the vote to leave the EU not legally binding therefore, as we live in a Parliamentary democracy then MPs can overturn the result if they choose to. They almost certainly won’t in such a direct fashion, but they could. The lack of legal significance to the vote is there though, even before we get into questions of whether the Scottish or Northern Irish governments could attempt to block the invoking of Article 50 (and there is naturally a legal argument that their dissent would prevent the legal conditions for legitimately pushing the button being met).

Further assessment of the legal position by one of the UK’s leading public lawyers suggests that there is potentially a serious conflict with the 1972 European Communities Act. The implication appears to be that a Prime Minister cannot therefore push the button unilaterally and that an Act of Parliament is required for the legal invoking of the notification. So if this interpretation is correct, it looks like falling to the assembled Houses of Parliament to make the decision; we are back to our Parliamentary democracy and the authority on withdrawal from the EU resting with MPs.

Adding to the vacuum in UK politics given a Prime Minister now committed not to taking the next step following the leave vote, we have the Labour party shenanigans with the mass resignations from the Shadow Cabinet and the vote of no confidence in Jeremy Corbyn. So at this extraordinary moment in history for the UK, there is effectively no-one in charge of either the Government or the Opposition. This provides yet more reason to delay the pushing of the button. Uncertainty is the order of the day.

How have markets reacted to these events unfolding? Friday was a down day but not a spectacular, across-the-board fire sale. Companies seen as most sensitive and vulnerable to a leave vote by virtue of being more domestically-focused were hit hard, whilst the likes of utility, tobacco and healthcare companies actually rose. Monday saw a similar pattern while markets actually bounced a little on Tuesday and Wednesday. It is still early days of course, but there has not been a panicked response. Sterling has fared poorly on currency markets and it is probably there that most of the pressure has focused. Indeed, the implication of currency moves has also been seen in equity performance with stocks that benefit from a weaker pound faring much better than domestically-focused companies. This has meant companies such as Royal Dutch Shell, BP, Unilever and Glaxo have all strengthened as investors factor in the boost to their earnings forecasts from accounting for these currency changes. On our investment desk, meanwhile, we are taking a considered view and are not rushing to any decisions in knee-jerk response to events.

So to sum up: whichever way each of us voted, at present there is no formal move to begin the process of leaving the EU. There will undoubtedly be many more headlines, but the only ones that matter are those relating to the law. Financial markets have not melted down but are understandably still volatile. We will provide further updates in due course.