A 'decoupling' that is good news for all of us 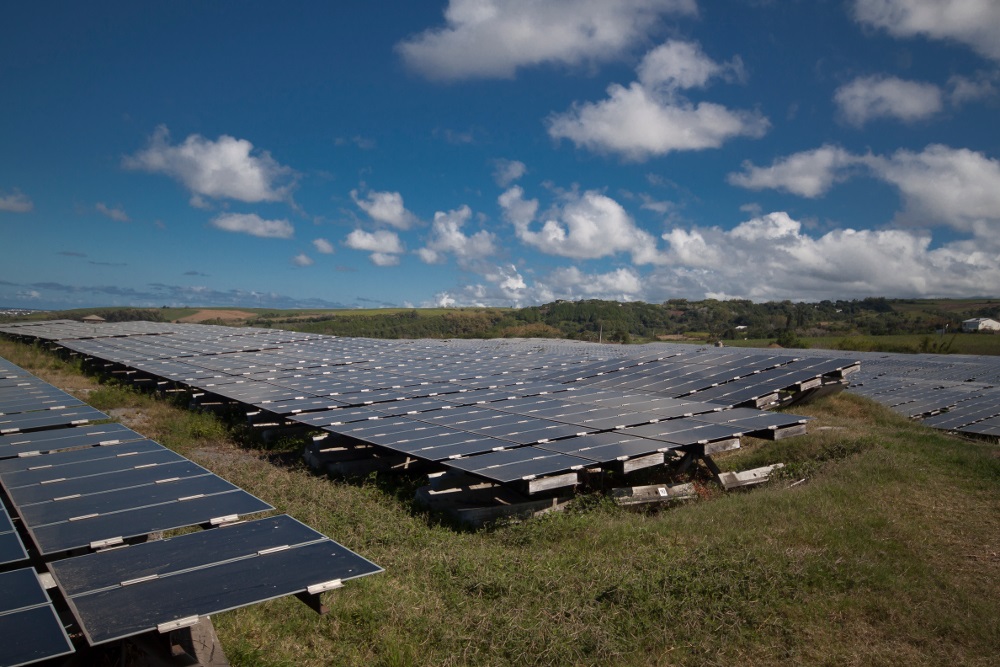 It may sound a bit geeky to celebrate new data from the International Energy Agency (IEA), but last week’s announcement that global carbon emissions had flat-lined for the second year in a row is a major milestone for anyone who wants to see both rising prosperity and a thriving planet.

It is a significant announcement because it is the first time emissions have stalled, while the global economy has continued to grow. Over the last 40 years emissions have only stalled or fallen during economic downturns (see figure 1 below).[1] Because, in times of economic growth, when people have more money, they tend to drive or fly more, while businesses build new facilities and factories – all of which takes energy. Increased energy use has historically meant increased emissions.

But things have changed.

In particular, the face of energy generation is changing, as governments from Austria to Australia seek to develop renewable energy sources and bring climate change under control. For example China, the world’s largest emitter of greenhouse gases, has sought to reduce its reliance on coal for energy generation, and has unveiled plans to quadruple its installed solar capacity within the next five years[2]. While the U.S., the world’s second largest emitter of CO2, added 7.3 gigawatts of solar capacity[3] – the equivalent of nearly 4 hoover dams and enough to power over 2 million homes[4] making 2015 the first time that solar PV additions exceeded natural gas additions in the U.S. (see chart below)[5]. 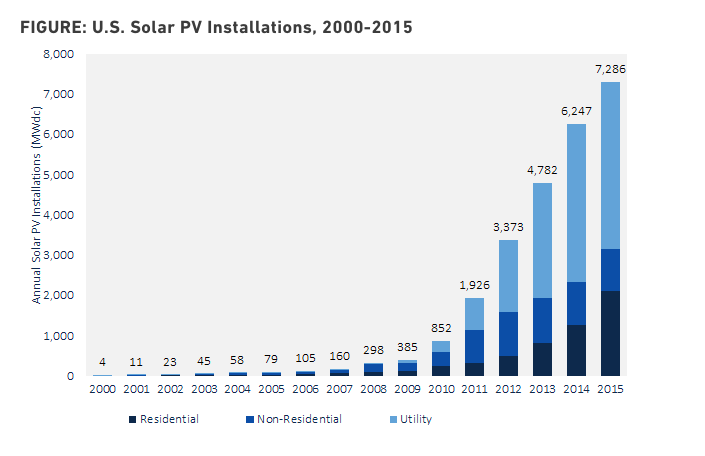 I spoke with Seb Beloe, Head of Research at WHEB Asset Management on this and he agreed, commenting that, "The IEA data reflects a trend we are well aware of - the move to less carbon intensive sources of energy. And we agree with their analysis that economic growth and fossil fuel use are ‘decoupling’”.

Claudia Quiroz, Fund Manager of Quilter Cheviot’s Climate Assets Fund said “we believe that this welcome ‘decoupling’ between economic growth and emissions is not only the result of an increasing share of renewables in the energy mix, but also energy efficiency gains achieved across many industrial sectors. We continue to hear, from the management teams we meet, about better resource management and productivity efforts to improve the bottom line. This supports our investment thesis that energy efficiency technologies and products are the faster way to reduce carbon emissions and build a cleaner economy.”

But what does this all mean for our pensions and savings?

A decoupling of carbon emissions from economic growth indicates that the transition to a low carbon economy is already underway, and that it is catalysing opportunities to make good risk adjusted returns while also backing those companies in areas like renewable energy or resource efficiency.

Leading sustainability funds such as the FP WHEB Sustainability Fund or the Quilter Cheviot’s Climate Asset Fund provide investors with exposure to such low carbon sectors. For example, WHEB’s investments in the clean energy space include Canadian Solar and China Longyuan Power. Canadian Solar designs and manufactures solar PV products for customers across several markets including Canada, China, Japan and the US, and the company boasts strong growth with net revenues increasing 17.23% in 2015[8]. China Longyuan Power develops and operates the world’s largest portfolio of wind farms and also shows strong growth with net revenue increasing nearly 8% in 2015[9]. Over three years to February 2016, WHEB’s fund has delivered total growth of 29.35% which compares well with other funds in this sector.

The ambitious targets set in last year’s Paris agreement will only accelerate the transition to a low carbon economy, further divorcing the relationship between economic growth and emissions. That’s a divorce that is actually good news for everyone.

John is one of the UKs leading advisers on environmental investment funds. To discuss sustainable solutions for your investments please see www.castlefield.com or email: john.ditchfield@castlefield.com