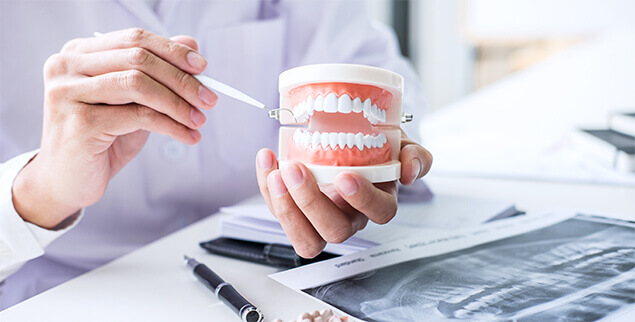 A very Happy New Year to you all. This month’s European’s stock story is a Swiss company called Straumann (http://www.straumann.com/) which is the world’s uncontested leader in dental implants[1]. Embracing advice from Baz Luhrmann’s 1999 song Everybody’s Free, his suggestion that we floss is without doubt extremely sensible. Of a population of over 300 million, 36 million Americans are fully edentulous[2]. In simple language, they have no teeth, with over 120 million Americans missing at least one tooth. The global dental industry, which includes implants and other prosthodontic structures, is huge at between $26-28 billion per annum[1]. Straumann is indeed a key player, but why do we like it for our Sustainable European Fund?

For many years, Straumann had focussed its efforts on the premium end of the market, which was growing consistently in the mid- to high-single digit range. Targeted at parallel wall implants, there were few high-quality players in the market and Straumann’s main competitor was bought out by Danaher, a US based global science and technology innovator. Straumann’s identity as a High-Quality company in the fund is undisputed given its very high profitability and return on capital this year. It commands a premium valuation to the market and is a well-known company in the European investment arena. So, I hear you ask, where’s the upside?

What was less known was that its incursion into the lower and mid-market segment would not only increase its growth profile, but also exceed investors’ expectations, which had been primed to expect lower margins and lower returns as the company tapped into the value end of the market. New launches, driven by sustained high levels of R&D, and acquisitions of smaller companies to broaden the product range, have driven growth much higher than previously. This now provides Straumann with a more diversified revenue stream which lead to better sustainability of the business model.

As an expert in its field, Straumann spotted strategic opportunities in moving down the value range to capture market share in the lower end aesthetics market, which have become much more affordable. Acquisitions like ClearCorrect (clear aligner solutions) mean that the addressable market for Straumann have expanded hugely[3]. This is particularly the case in emerging markets, where dental aesthetics is big business. The premium end of the market for implants is less than half the size of the value end and the shift into other technologies via acquisition represented a seismic culture change from the old engineering company, which manufactured a single product during the first decade of this century[1].

This culture change was driven by Marco Gadola, who has just stepped down as CEO but will remain a member of the board. It was he who ushered in the player/learner mentality, a concept which allows opportunities and gives employees the scope to learn from mistakes. Failure is part of learning and psychological safety allows staff to speak safely without endangering their prospects. It’s possible at Straumann to say ‘I don’t think this is a good idea’ to the higher-ups without worrying about repercussions. Anyone with experience of Swiss German culture will see this as truly trailblazing in terms of novel hierarchical behaviour. According to Marco, culture was the number one must-win battle. For the Castlefield B.E.S.T Sustainable European Fund, we look for companies which not only have an excellent strategic vision with strong systems in place, but also demonstrate a culture which will continuously and sustainably forge its ability to adapt and meet the ever-changing challenges in the market place.

We are all older than our teeth, but we only get two sets during our lifetime. Straumann can help us replace the odd one or two and provide us with a Hollywood smile if we want that sort of thing, through its newer product solutions. What it can’t do is look after our precious assets. We’ve only 32 of them. We need to do that for ourselves.

Information is accurate as at 02.01.2020. Opinions constitute the fund manager’s judgement as of this date and are subject to change without warning. The officers, employees and agents of CIP may have positions in any securities mentioned herein. This material may not be distributed, published or reproduced in whole or in part.With investment capital is at risk.